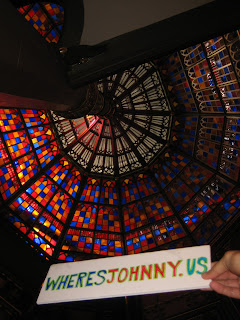 If you haven't noticed it has been a couple days since my last entry. The first two days have me off to a great start. I started early on Monday morning leaving Andy and Meg's home and heading straight to the State Capitol Building in Baton Rouge. Not knowing yet where I was going I headed toward downtown and found myself parked in front of the old state house now being used as a museum. They also hold jury duty there on the second floor. Nicole at the desk(recipient of the Undertow Beach Bar $100 gift card), Lauren, and Officer Joe were very helpful with the history of the building; it's past and pointed me in the right direction of the new Capitol Building. After reading the story of the Assassination of Huey Pierce Long in the new building I hurried along up the hill to see for my self. On the second level is a display case that shares with the public the story of the shooting which happens to be the exact spot he was murdered. There's a bullet hole still in the marble behind so display case. After a short tour I went up to the observation deck and looked out over the river to try and imagine how Baton Rouge fared back in the day during the Confederate war. 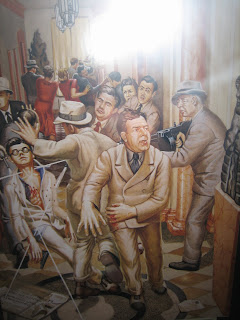 So much of history is ignored in today's society. It is just a shame that the public has access to our state capitols and still don't take their children for a visit. As I was leaving and walking down the steps I noticed the first thirteen steps represented the thirteen colonies and each state after was in order of its acceptance to the United States of America-Florida joining in 1845. I took one last look around and headed back to the Jeep and prepared for Jackson, MS. My goal is to try and hit 4 state capitols in two days-Wish me luck!! 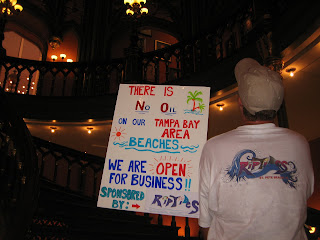 Louisiana sponsored by Riptides
Posted by J C D at 3:12 AM